short introduction about the philosophy part 2.

The purpose of the mindset is to get people to create activities that will greatly improve their lives by separating the few important things from the useless. Conscious consideration of one’s own actions is important, but unfortunately it is not easy. The mindset is not linear or fast but slow and thoughtful compared to “Get everything fast” thinking. Traditional thinking is different from this method and cannot be used in the same way. Above all, this way of thinking makes a person act differently than what society considers wise. One of its purposes is to enjoy life and leave out things that people don’t enjoy. Everyone's life is made enjoyable. Less is more philosophy is meant to maximize enjoyment by reducing time from doing things people do not care about.


The best way to think about modern society is shaped in the film Fight Club, in which the character Tyler Durden, played by Brad Pitt, describes the modern world as follows: “An entire generation refueling, serving at tables, slaves in white collars. Advertising makes them chase cars and clothes, do jobs they hate so they can buy junk we don’t need. To be able to impress people they do not like. ” We have such a terrible amount of useless load in the form of both goods and use of time that we don’t even realize it.

A small part of the making produces a large portion of the results and the smallest portion of the making produces most of the problems. These principles work in both private and corporate life. People do not have the ability to be good at everything. Everyone’s talents are different. Focusing on a few core areas will accomplish much more than trying to do everything possible. People have dozens of things to do at a time, and the biggest benefit comes from focusing on a few tasks that are at their most effective. People are able to do few things at once 100%, which means that many actions produce nothing but wasted effort.

Time is the most valuable commodity

The Western conception of time is distorted and misleading. It says that there is not enough time for anything. This is largely an illusion and not based on reality. Less is more thinking questions this perception and greatly improves efficiency. This requires an open mind and a willingness to question one’s own perceptions of one’s use of time. Time Management is a big business and is based on doing small things a little faster and more systematically, meaning saving expensive minutes or less time all day long. This is due in part to a Protestant work ethic that emphasizes long working days and tireless work. Freeing people from unnecessary waste of time reduces their stress. Less is more is a philosophy focused on improving lives by investing in shorter working days, doing only the things that really need to be done and not increasing the workload.

Well-being does not require great deeds or great wealth

Our well-being is not about big things. We need to keep in mind that in order to do well, we need to think about times when things have been very good or bad. In order to do better, we should increase the number of good times and reduce the number of bad ones. We need to do more of the things we enjoy and reduce those we feel uncomfortable with. If these things come up, people might want to think about how they can increase their comfort. We have a good opportunity today to shape our lives in a happier direction and we must seize our opportunity.

Short introduction for Less Is More

I would be lying if I claimed to have invented less is more principle before others. The fact is that the same things have been valid throughout history. The first pioneer is Vilfredo Pareto from Italy, who found that 20% of Italians owned 80% of the land. The Pareto 20/80 principle also worked on other things. The exact ratio is not the most important thing but it is the dominance of minority compared to the majority. According to Pareto, the ratio did not only apply to Italy but to other countries in different eras. After Pareto, Harward Professor George K. Zipf next discovered the same phenomenon. His version of it was that a small portion of all resources organized themselves so that 20 to 30 percent of the resources corresponded to 70 to 80 percent of the results.

The American engineer Joseph Juran, who was behind the quality revolution after Zipf, used the principle so that the most of the quality defects came from a small number of sources. Juran also used a ratio of 20/80 which was not entirely accurate but a bit towards that. There was no interest in the United States, so Juran left for Japan, where he was taken seriously.

Less Is More philosophy as a starting point

Less is more is not just a way to make money more efficiently in retirement or make better use of time. It is a holistic philosophy that produces well-being. This is largely due to the fact that human life does not flow smoothly. Both bad and good events accumulate over certain periods of time. Certain events affect more than others. In practice, the relationship between these is unbalanced. People are happiest for a little while in their lives. This also applies to accidents. It is possible to add the happiest times by thinking about own life and trying to identify happy moments. Once identified, you need to think about how to add them.

Many of the things people do out of either compassion or habit cancause an accumulation of nausea. Other things are important to many and produce maximum benefits. These things cannot be identified but must be defined by everyone. For many, doing the wrong job out of a duty to society, their parents, or their family can lead to moments when everything goes under the bench. The amount of work is also not directly proportional to the results. A person is most productive in less time than it takes to visit the workplace. Even then, it’s better to do fewer things at the same time as productivity drops by focusing on too many tasks.

The impact of others on one's own well-being varies. Not all friendships should be maintained. Relationships can only be one-way. Only one person gets well and the other suffers. Everyone should think about what is best for themselves, draw conclusions from it and act on it. You can also think about this from the perspective of another and think about whether the relationship itself is a hanging stone. It is better to focus on smaller and deeper relationships than on more and more superficial ones. You are, to the greatest extent possible, the sum of your relationships. A few of your closest people have the biggest impact on life.

The amount of goods is absurd for modern people. Many of us buy a lot of stuff that we don’t need. I have calculated that I own hundreds of goods. I don’t think I’m a very clumsy buyer if I compare myself to others. Few hundred goods are the amount that people mostly need. Most of them are not used all the time. Less is more thinking means that it is pointless to buy two shoes for fifty euros when you can buy one good quality one hundred euros instead. More expensive shoes are likely to last longer and are more comfortable than cheaper ones. 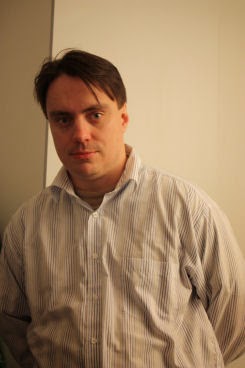